As a former Director of the Colorado Department of Natural Resources and as a consultant to the Glenwood Hot Springs Lodge & Pool and the Iron Mountain Hot Springs, I have closely followed the efforts of Rocky Mountain Aggregates, Inc. (now “Rocky Mountain Industrials” “RMI”) to convince BLM to verify the Mid-Continent Quarry deposit above Glenwood Springs as a “locatable mineral deposit” under the 1872 Mining Act. 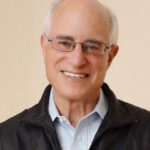 This verification is important since a “discovery” of a valuable mineral allows the mining company to remove and sell the locatable minerals without compensation to the United States and with less strident environmental oversight.

This issue is front and center in the ongoing conflicts over RMI’s mining plans, and is the subject of a nearly completed BLM mineral examination.

RMI contends that the quarry contains quantities of a locatable mineral — i.e. high grade limestone — and therefore the entire quarry site (which also includes large quantities of aggregate) is subject to the 1872 Mining Act for which no royalties can be charged.

Apparently RMI has only performed core drilling on a tiny portion of the 400-acre site, but claims it has established a “discovery” on the overall site based on core samples taken by a predecessor mining company some 40 to 60 years ago without BLM oversight.

There is much wrong with this picture that warrants very critical and careful review and ultimate rejection by BLM.

Whether RMI can establish the “discovery” of high-grade limestone that meets BLM’s 95 percent purity standard is dubious at best. Certainly without verifiable representative samples of the entire site, a discovery cannot be established. Such a verification does not exist. It could only be confirmed by BLM independently supervising the drilling of additional exploratory holes. That has not happened to date.

In addition, “discovery” requires the applicant to meet a variety of “marketability” tests demonstrating that the limestone has unique properties that give it a distinct and special value if used for aggregate, and that the limestone can be extracted, transported and marketed at a profit at the present time.

For example, high grade limestone is used in underground coal mines to line tunnels in a way that minimizes coal dust and thus protects miners. These markets are limited and would likely only require small amounts of limestone.

In reality, RMI’s primary interest in the quarry is not about high grade limestone but instead is about aggregate. Make no mistake about RMI’s intention — its principal mining plan is to extract vast quantities of aggregate and ship this product by rail to the Front Range. This plan was detailed in a July 6 article in the Denver Post. RMI is planning a massive industrial site near Denver International Airport where the gravel will be stored.

There are serious wrinkles to the RMI plan. Aggregate is a common variety mineral, not covered by 1872 Mining Act, and is subject to a different federal statute requiring that the mining company pay a royalty to the federal government for each ton mined.

This is exactly what RMI has not been doing over the past few years at the existing quarry above Glenwood Springs, where it has mined and sold aggregate without paying BLM a royalty. This failure to pay for the aggregate product is now the subject of a federal lawsuit filed by the Citizens’ Alliance against BLM.

Clearly, if RMI must pay the federal government for this product, it is extremely unlikely RMI could compete in the aggregate market on the Front Range, since RMI would have shipping costs that Front Range competitors do not have. RMI has tried to bootstrap its aggregate plan onto the back of an alleged limestone discovery, which is also contrary to federal law.

Based on my experience, I cannot see a scenario where BLM will conclude that the aggregate RMI is seeking is an “uncommon variety” and hence “locatable.” Since passage of the Common Varieties Act in 1955, no deposit of limestone or dolomite used for aggregate has ever been determined to be an uncommon variety of stone.

Bottom line: BLM’s pending mineral examination should conclude that the quarry above Glenwood Springs does not meet the tests for a “locatable mineral.” Instead, if mined, it must come under the statutes which govern aggregate deposits and their accompanying royalty payments to the United States. In such a case, this long and tortured odyssey of RMI may come to an end.

This op-ed appeared in the Glenwood Springs Post Independent on July 29, 2020.